Drop the needle and fire up that crackle because Record Store Day is back for its 15th spin around the sun, and it’s shaping up to be one heck of a trip.

Taking place in April every year since 2008, Record Store Day is a time where our global music community bands together to celebrate local and international artists, labels, releases and of course the independent record stores that champion them all.

This year, the largest single-day music event in the world returns on Saturday 23 April 2022 for another delectable 24 hours of limited edition releases, in-store performances, artist signings and more at your local liquorice pancake dealer.

Yarra has over 20 record stores, featuring every genre for the avid collector or dabbler from dance, funk, techno, rock, metal, nostalgia, reggae, trap, and everything in between.

So hit the streets early, meet up with friends and embark on the record store day crawl that will have you dancing in the streets.

This event is part of Rediscover Yarra. Find out what else is happening in Yarra. 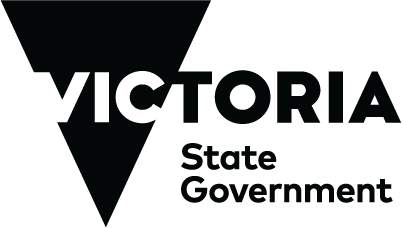 Starting at 10am at The Searchers we are celebrating RSD 2022. With special guests and friends: Party starters Disko Bizzarro, Lloyd Briggs (PBS/Deep Space Fame infamy) and local icon DJ Pjenne (Passing Notes on PBS/Companion Records). Heaps of 2nd hand and new titles will be ready for the day. An all day affair celebrating in the shop - come on by!

The Searchers Records was established over a decade ago on 93 Smith St in Fitzroy - We have a strong focus on the shop being a proper digging spot - a place to find an LP you've always wanted or something you have never heard before. From obscure to classic, jazz to metal, ambient to hip hop..searching is always the best part.

Artist/band bios:
Lloyd Briggs
"When he’s not busy melting minds via his Monday-morning radio show 'Deeep Space'on 106.7 PBSfm you can usually find Lloyd Briggs in one of Melbourne’s finest/dankest establishments sharing his collection of some of the nicest Rare Groove, Boogie, Afro, Reggae, Soul, Jazz & Hip Hop from every cosmic corner of the globe…"

Pjenne
Pjenné (Penny O’Brien) is a familiar name in the Melbourne dance community. Through her imaginative club sets and weekly show on Melbourne’s PBSfm Radio, she has established herself as a critical fixture in the local scene. Though her sets may vary wildly, Pjenné has crafted a style that is distinctly her own - percussive and bass-heavy - and it’s sure to make you want to move.

Disko Bizarro
Disko Bizarro DJ’s. Salvador Ricardo and Mikey Goodfellow, the duo behind Melbourne’s wildest party Disko Bizarro. Every month these two veterans flex their seemingly limitless mental libraries of some of the weirdest joy-inducing tracks you’ll ever hear and transition them in true perfection. They exhibit this level of skill and creativity on a regular basis playing the soundtrack to what one might imagine a Boiler Room would look like if it were done in the ’80s.

For more information, head to The Searchers.

Skydiver's new Cafe, Bar and Record Store celebrates its first Record Store Day in its new location on Smith Street with DJs all day a BBQ in the courtyard!
7AM - 7PM and DJs playing late into the night afterwards.

Northside Records will open at 9am and serve up all the special RSD releases and have crates and crates of fresh records available to you.

Fresh from their debut performance at WOMAD Northside has the mysterious trio who will be performing their ‘Mirage’ EP from start to finish.

The incredible NIKODIMOS will feature some of his Nikodimos WORLD lP which is to be out on Equinox Recordings. FLY BOY JACK are a funky hip hop duo of JORDAN DENNIS and JUJO and they will be releasing ISSUE ZERO on vinyl for the day. Then the legendary DANIKA who Northside released on RSD in 2021 but were unable to launch it. Finally, we can.

DJs will be playing all day in the store and the vibe will be alive. Come down to be a part of a beautiful day that has been happening for 15 years now and will not stop! 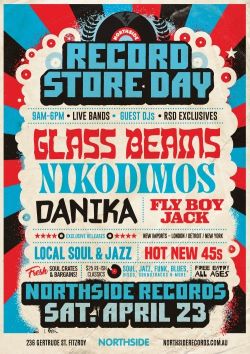 To celebrate our 'Real Life Record Store's' first ever Record Store Day, we have put together a stellar line-up of our favourite local acts featuring Telenova, The Lazy Eyes, Folk Bitch Trio and Water Signs.

The Sound Merch ‘Real Life Record Store’ is a destination within itself. Get down the rabbit hole with a pretty sick selection of new and classic records. No genre stone if left unturnt. We also have a deep range of Australian band merch and t-shirts. Worth the trip just to see our instore mascot, Flopsy Mopsy, The Giant Rabbit! Hell, if you’re lucky, we might even have an art exhibition on when you visit. Open 7 days.

Music starting from 12noon. 'Real Life Record Store' open from 9am for those looking to secure RSD exclusive releases!

Undoubtedly one of the most fascinating artists currently on the scene is singer/songwriter June Jones. June has just dropped her sophomore album, Leafcutter. Self-produced, it’s a collection of highly personal songs, confessional in nature, often using her rich tones to help convey the emotions of the song. Jones is a multi-faceted musician with many talents. Self-taught as a musician, self-taught as a producer, Jones recorded the album onto a laptop she bought off a dude in a McDonalds. Versatile and inventive, her creativity appears to be unbounded.

Water Signs
Water Signs make music that is felt and guided by the moment. Flickering patterns, warm textures, choral cries. Drone that glows like dawn. This is love as sound. This is drifting with currents.The unwinding relief of a long walk at night. The promise of morning.

The Lazy Eyes
The floral brightness of The Lazy Eyes’ music belies their perfectly mundane origins. Harvey Geraghty, Itay Shachar and Noah Martin met in their early years at Sydney’s Newtown High School of the Performing Arts. Bonding over a love of psych rock, they banded together as a matter of both taste and necessity, three of the only rhythm section musicians in a school filled largely with string, brass and woodwind musicians. They became fast friends, started jamming
together, and, eventually, began to busk around Sydney, their burgeoning band (and friendship) being bound together by long hours playing and carting their instruments around the city. Around 2015, as they began playing real gigs, The Lazy Eyes decided to formalise the band as a unit, a decision that coincided neatly with their meeting of Leon Karagic, who provided much-needed bass to their ensemble and, with his knowledge of niche and underground music,
broadened the band’s stylistic and ideological palette.

Telenova
Emerging from the shadows of 2021 as one of Australia's brightest new discoveries, Telenova's slick musicianship, vivid aesthetics and the right touch of self awareness brought a sense of joy and intrigue to all who encountered the Melbourne three piece's lauded debut EP Tranquilize. Anchored by cult favourite single Bones (Triple J Hottest 100 #91), a renowned live show and major media support across the world (Triple J, BBC, Apple 1 Vogue, NME), Telenova have found a passionate audience for their rich brand of pop and surreal visual world, all helmed by enigmatic frontwoman Angeline Armstrong. 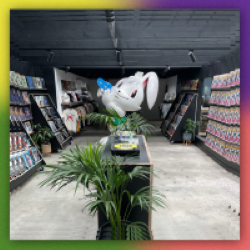 Licorice Pie Records will be celebrating Record Store Day 2022 with friends spinning some records from 12 throughout the afternoon, outside the front of the store in the salubrious surroundings of Collingwood Yards.

Licorice Pie is a predominantly second-hand record store, established in 2002 in Melbourne’s South East that moved to Collingwood Yards in March of 2020. With a passion for all music, from Afro-beat to Zydeco, the store really came about through a desire to explore the depths of nearly all  musical genres. Simply put, in a time before YouTube etc. the only way to delve into the depths of the musical heritage of a particular artist or style was to “dig up” the physical objects that held treasure within their grooves. That mindset still resides today within the walls of Licorice Pie today. They also hold quite a large selection of recent local releases too.

Licorice Pie carry records from all corners of the globe, genres such as: Jazz, Classical, Rock, Folk, World Sounds, Reggae, Punk, Disco, Soul, Electronic, Avantgarde, Library Records... perpetually on the hunt to fill the racks, if you have any pre-loved vinyl records needing a new home please don’t hesitate to contact them. 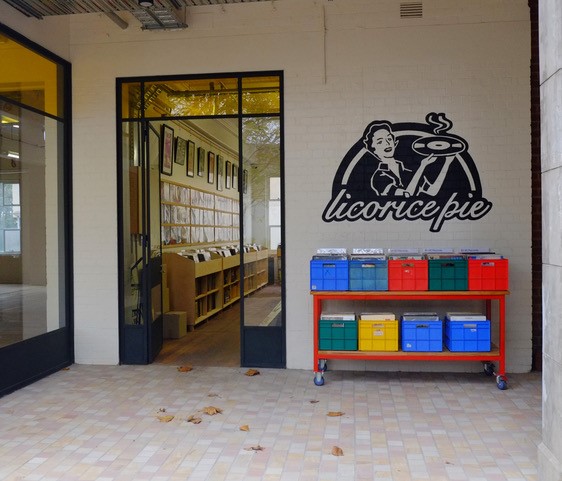 Vinyl only - A strong focus on 60's and 70's rock n roll and rhythm & blues whilst heavily supporting Australian artists. You will find both new and old here. Well this year we can actually get back to how Record Store Day was intended... face to face , live music, chats laughs and more!

Very excited to announce the live music for the day:

Will also have many RSD titles and discounts on other albums and box sets. 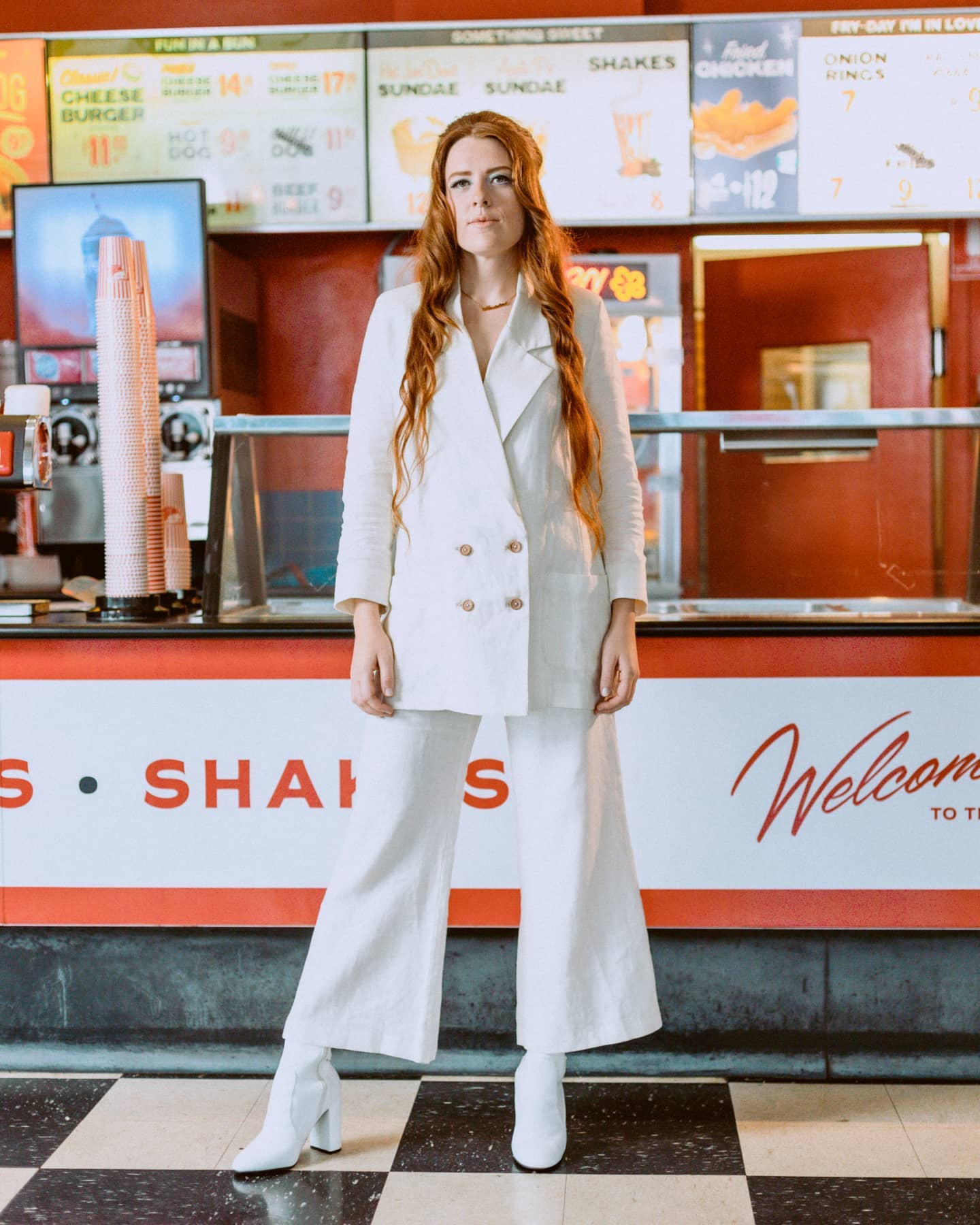 Another Huge Record Store Day at Natural Selection
Exclusive records with Tanny 001 getting released on the day!

DJs and live band all day!!

Record Store Day 2022 has arrived! Come and celebrate another fun day with us, and help keep the store go another lap of the sun.
We have stacks of RSD exclusive releases, Flying Nun exclusives, coffee all day, NZ snacks, DJ Kyle Minogue keeping it funky, sale items, giveaways and more...!!!
We will be highlighting some of the releases the leadup to the day!